Beast is no Master. It's a monster that could have done with more narrative muscle. Notwithstanding the grand canvas, the elaborate action sequences that Vijay thrives on and music composer Anirudh's throbbing score, writer-director Nelson Dilipkumar's third film is a weird concoction - a humour-laced actioner that struggles to blend comedy with all-out pyrotechnics. The result is rather ungainly.

Trouble stems primarily from the director's eschewal of a key trick that stood him in good stead in his previous film Doctor (2021), a deliciously cock-eyed comedy-thriller. The trope hinged on the conjuring up of lively, angular characters around a star (Sivakarthikeyan) capable of carrying a movie on his shoulders and pulling in the crowds.

Vijay obviously has far greater box-office clout. It goes without saying that, on a good day, he needs no assistance to fill the screen. Yet, no matter how much proven wallop a megastar might bring to the table, he still needs a strong and cohesive script to sustain the combination of fire and flint that drives him. Consistent writing is conspicuous by its absence in Beast.

The supporting cast of the film has many of the talents we saw and loved in Doctor - Yogi Babu, Redin Kingsley, Shiva Arvind, Sunil Reddy, et al - but the value that they register here falls way short of expectations. A repeat does not materialise. Only one of the actors who is in the Beast cast to provide comic relief manages to serve the purpose of his existence - VTV Ganesh, who has his share of laconic one-liners. He delivers them with aplomb.

It would be pertinent here to point out that this review of Beast is actually a review of the Hindi version of the Tamil film (it is titled RAW perhaps with the intention of separating it from the original language cut) so the nuances of the jokes that are meant to have a leavening effect on a serious hostage drama might have been lost in translation.

One sleight in the Hindi version of Beast that is instantly jarring is the projection of the protagonist, ex-RAW agent Veera Raghavan, as someone akin to Salman Khan - commitment, khud ki bhi nahin sunta and all that are alluded to. Vijay, in the guise of an intrepid, unbeatable spy who is likened to James Bond, sets his own rules and his persona cannot be hostage to odious comparisons. He swings through the film with all the flair at his command and it is, doubtless, of an impressive magnitude.

The script may be a major letdown but director Nelson dares to subvert a significant norm of a superstar-led action saga - he does away with the bells and whistles that go with a stage-setting entry scene. In Beast, Vijay pops up without any pomp and show, flashes half a smile at the audience, and goes about his job in a manner that serves to underscore the hero's phlegmatic nature.

However, as the subsequent action scenes unfold (many of them are predictably slowed down for effect) Vijay is Vijay every inch of the way. But the soldier he plays shuns 'hero worship'. Veera Raghavan, insouciance personified, delivers the goods like a well-trained, unemotional pro and expects no applause.

Beast opens with a sequence that ends in major emotional trauma for the otherwise unflappable and super-competent protagonist. In the course of an operation to capture a dreaded terrorist in Pakistan Occupied Kashmir, he is lied to by his own men. As a result, he causes avoidable collateral damage even as he succeeds in his mission. That leaves a deep scar on his psyche.

Not that his post-traumatic stress disorder continues to an important factor a few months down the line, but a hostage situation in a Chennai shopping mall that he wades into nearly a year later does trigger him. He hears the wails of a distressed child and he cannot hold himself back. Guilt and anguish bubble to the fore and he decides that he cannot stand by and let innocents fall prey to a war not of their making.

A bunch of armed terrorists have overrun the mall and taken a large number of visitors hostage. Veera Raghavan hides along with a few other people, including the girl (Pooja Hegde) he has only just run into, in a part of the building. Egged on by Altaf Hussain (Selvaraghavan), the interlocutor between the Indian government and the terror mastermind Saif (Ankur Vikal, whose face is revealed only in the second half of the film), he swings into action.

Veera Raghavan the action hero is obviously up to the challenge. But, trapped in a faltering, feeble screenplay, the actors are left groping in the dark, a situation not too different from the one that the audience finds itself in.

The terrorists on the screen are a bunch of bumbling fools. They try their darndest to instill fear in the hostages. They are laughably inept. They are more lambs to the slaughter than fearsome ruthless gunmen. Only one of them (played by Shine Tom Chacko) stands out because the script deigns it fit to humanise him and give him a sentimental back story.

An entirely superfluous romantic track involving Pooja Hegde (totally wasted) threatens to veer into love-triangle terrain when Aparna Das (wasted just as much) strays into the frame in the garb of an Indian Police Service recruit keen to learn from the best. It yields nothing. Like much else in Beast, it succumbs to the excessive din.

In the absence of an antagonist who can stand up to the invincible hero - two seem to be in the running, the man played by Ankur Vikal and another essayed by Lilliput Faruqui, who is barely seen and does not speak until the film is about to end - Beast does not generate any genuine fears or thrills.

Beast has no fangs and its roar is no more than surround sound. Meant only for Vijay fans - in this regard, the film spares no effort - it is the sort of vehicle that does little justice to either the star or the director. Both of them punch well below their weight in a film that deserves only two stars.

We are going with half an extra star because Beast draws attention in its own facile but essential way to something that no contemporary Bollywood movie will - the cynical ways in which pettifogging politicians seek to derive electoral brownie points from the bravery of soldiers and the misery of the masses. Beast dares to make a home minister, a bumbling self-seeker, the butt of its barbs. 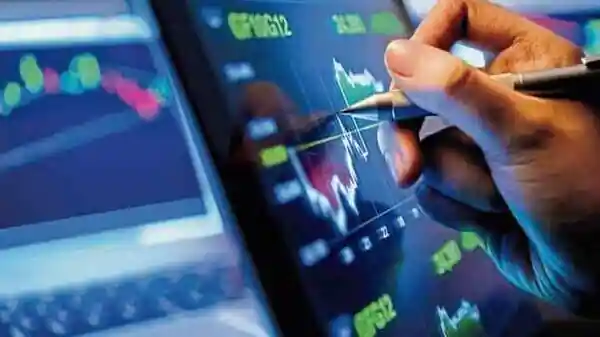