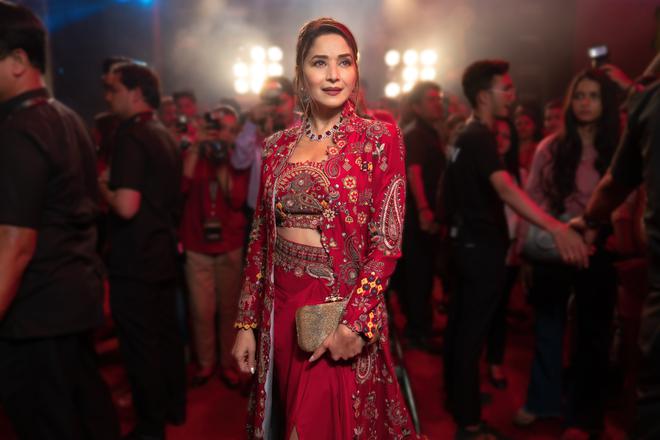 With fame and its pitfalls as its juicy centre, writer-director Sri Rao spins a new drama for Netflix that showcases the actor to her best advantage. In this interview, the duo discusses story lines, social media, and stardom 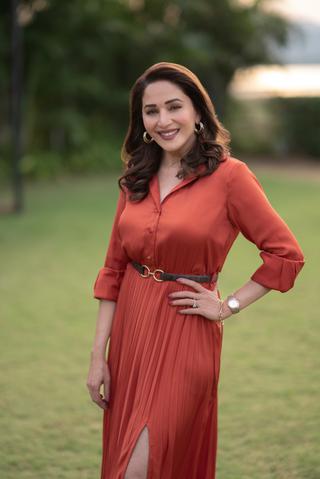 The Mumbai-born actor, who made her Bollywood debut in 1984 (Abodh), had got married in 1999, moved to the US, had two children, and led a suburban life. Well, in most parts. She did make a comeback with the tepid Aaja Nachle in 2007, before moving back to India, appearing in a handful of movies (both Hindi and Marathi), judging a dance show on television, bolstering her online presence, and turning producer.

The sitcom — which had Priyanka Chopra Jonas and Madhuri’s husband Sriram Nene attached as executive producers — never took off. But Rao and Madhuri have found a meatier collaboration since: the Netflix original, The Fame Game.

The drama, which follows the disappearance of a Bollywood superstar named Anamika Anand, spotlights the ups and downs of celebrityhood. Through flashbacks, the series, created and directed by Rao, deep dives into the star’s personal and professional lives, and explores the ripple effect of living in the public eye.

“It’s about fame and everything that goes with it — power, ego, prestige. It’s hard to imagine how tricky it is to be someone in the public eye, especially with social media and everyone knowing where you are, what you are doing, who your family is. There is risk involved and we explore that in the series”Sri Rao

For an actor who has experienced stardom right from when she was a teenager, this strikes close to home. “Fame can be addictive. You could also be indifferent to fame. But once you have it, usually you want to hold on to it,” Madhuri, 54, tells The Hindu Weekend. She, however, looks at fame as a consequence of her art. “I love my art and craft, and when I do it to the best of my ability [think Tezaab, Beta, Dil, or Devdas], the byproduct is popularity and recognition. Over time, you also begin to wear dark glasses and hide from that very attention because it can engulf you and invade your privacy.” 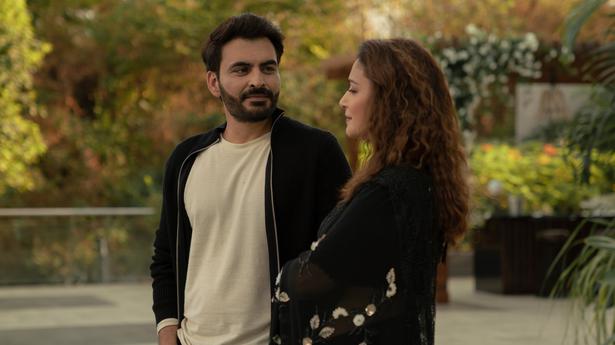 A still from ‘The Fame Game’ | Photo Credit: Netflix

For the Dixit everyone loves

Like her peers, Madhuri agrees that the lure of a series is that it provides the space and time to expand and explore characters. “When you do a film, you have to do everything in a couple of hours, whereas a series gives you the time to develop your character... and a lovely arc is created, so when the characters interact, it looks even more real,” she says. Of course, the global reach provided by OTT platforms also sweeten the deal.

Speaking about the genesis of the eight-episode series, Rao says, “When I was approached to create it, I immediately decided it had to be with Madhuri, for Madhuri. The story almost came second to wanting to work with her, and giving her a story and character that would rise up to the level of her talent. I have always felt that she has not got the opportunity to showcase the breadth and depth of her acting abilities.” Rao’s previous credits include Baar Baar Dekho and American series General Hospital: Night Shift. 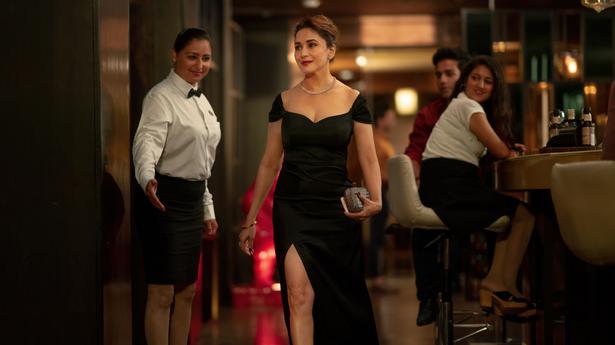 A still from the show | Photo Credit: Netflix

Madhuri has stayed the distance. After her debut, and winning multiple awards and adoring fans over the decades, she’s embraced new formats and technology, including promoting her online dance academy, Dance Like Madhuri Dixit.

Then and now
Thirty three year ago, actors didn’t get bound scripts. “We knew the subject of the film, but often we didn’t know what scene would be shot, when or where,” Madhuri recalls, adding how much more organised things are now — from getting scripts in advance to doing readings with co-actors, to rehearsals, costume trials and pre-determined locations. “Also, the role of women in the industry has changed. Earlier, when I walked on to a set, the only women present were my hairdresser, female co-stars and myself. Now, there are women in almost every department of filmmaking [which is heartening and encouraging].”

She has also found her sweet spot with social media, understanding that you need to control it and not be controlled by it. “I pick and choose what I want to say or share. I love making Reels and things that are fun,” she says. “Twitter is a dialogue — a way to stay in tune with fans, to share information or to refute something without your words being twisted. We live in a crazy world and as professionals we are not only working for movies and series, but we also have to promote them and have social media engagement. There are so many things that follow after you create a movie or show.”

Self-referencing abounds in the show, with clips from Madhuri’s movies and songs. It is likely to lead to speculation on where Anamika Anand and Madhuri’s lives intersect. “Anamika Anand is not Madhuri Dixit. They are very different people with very different back stories. Using the clips was an easy shorthand for the audience to understand who this character is because, with Madhuri portraying Anamika, we already are able to understand a bit about her level of stardom and fame,” Rao concludes, hoping that there will be a second season and more Madhuri.